Photographs > The Bone of Her Nose

On up the sea slant, On up the horizon, The ship limps.

The bone of her nose fog-gray, The heart of her sea-strong, She came a long way, She goes a long way.

On up the sea slant, On up the horizon, She limps sea-strong, fog-gray

She is a green-lit night gray. She comes and goes in sea-fog. Up the horizon slant she limps.

The Bone of Her Nose documents a phenomenon, I call, the grayification of San Francisco. Long opening its welcoming arms to people the world over, San Francisco was a place for the weird, the funky, purple haze, colorful music, and more colorful painted ladies. But its newest residents are almost universally painting it the color of that other notable San Francisco resident: Fog. I returned to my home in 2014, after living in Minnesota for 22 years, and was stricken by the social war taking place, hearing the constant drone of the Greek chorus, “If natives of San Francisco can't afford to live in the tech-boom-bloated Bay Area, they should go somewhere else.” Construction is rampant in formerly-industrial parts of the City, where developers are building small cities of “micro-units” (less than 300 square feet), that function as massive dormitories for the thousands of tech workers, who work an hour or more away in silicon valley, but wish to live the dream of being a San Franciscan. And, in the historically populated areas, people are gobbling up residences for inflated prices, gutting them, and of course, painting them gray. To me, these pictures are about a quiet, dampening of the light of the city, a creeping chill, fog-gray. 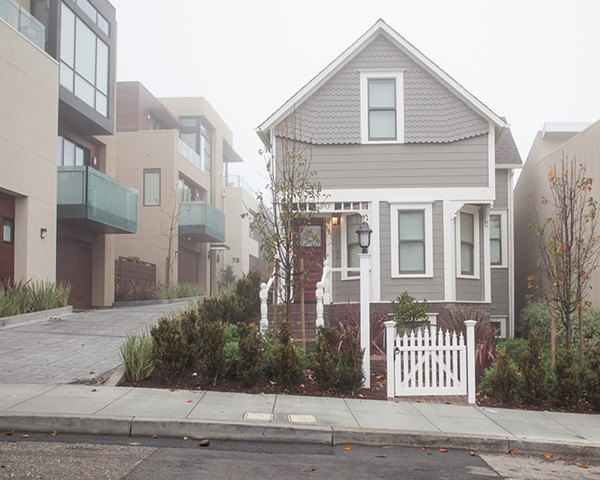 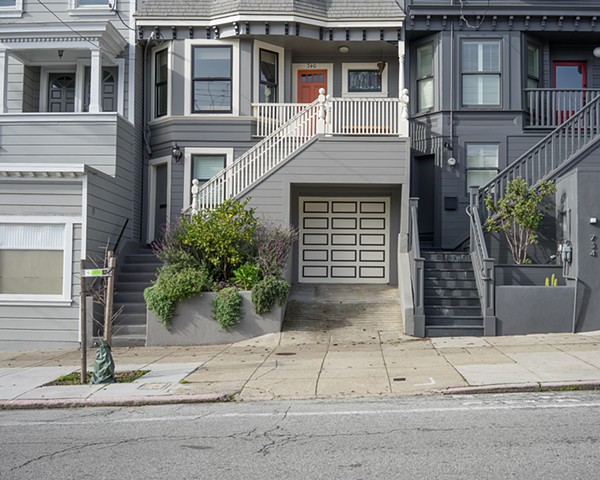 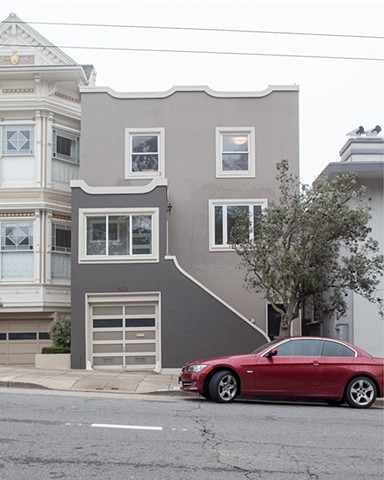 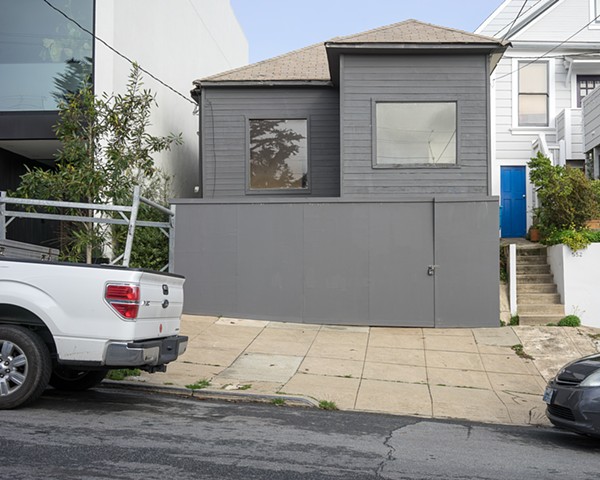 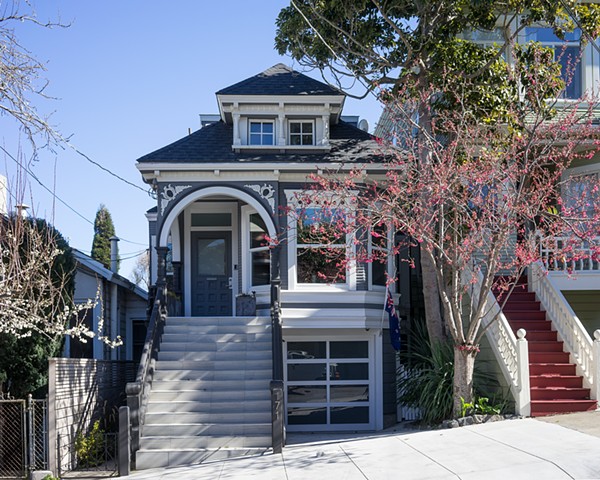 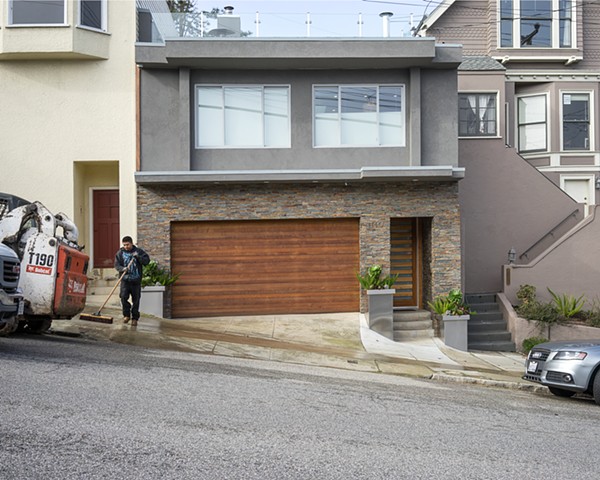 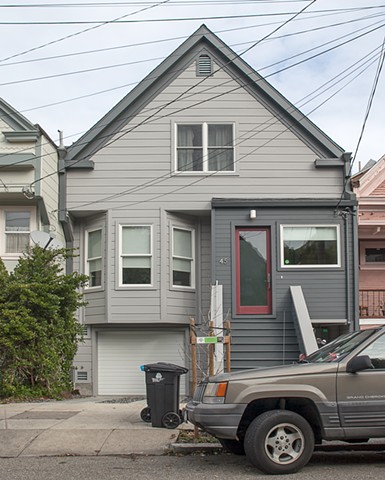 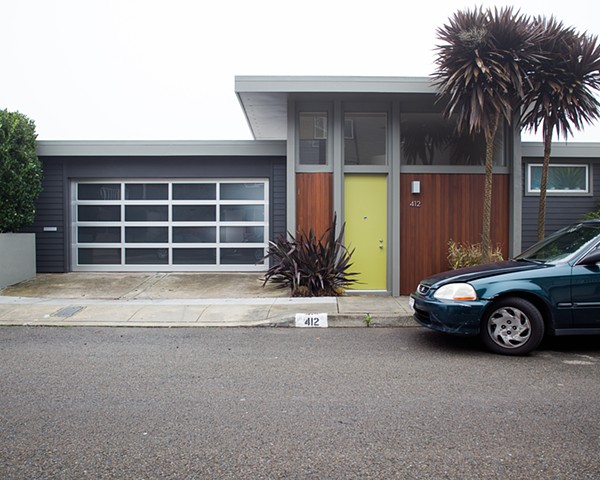 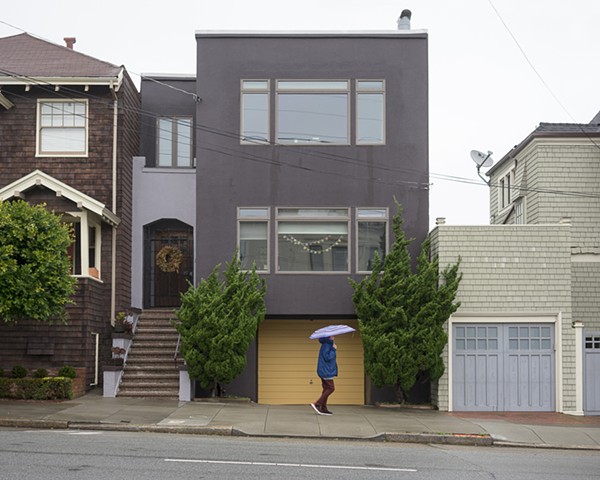 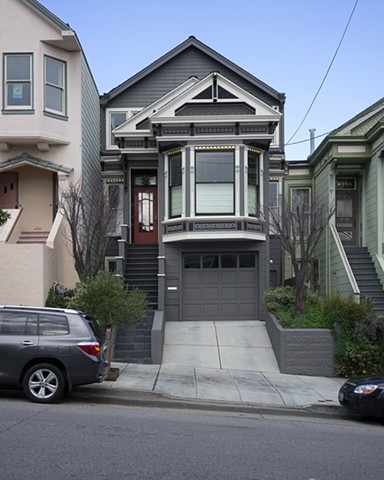