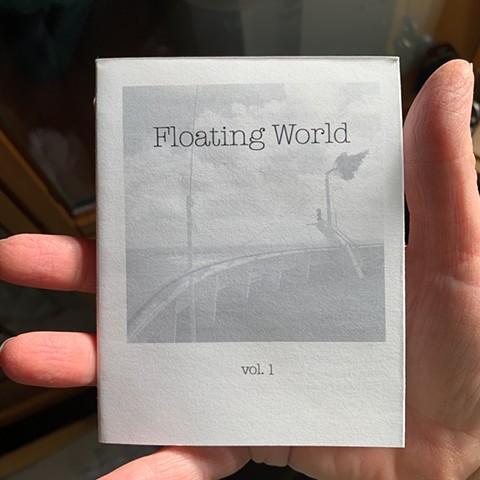 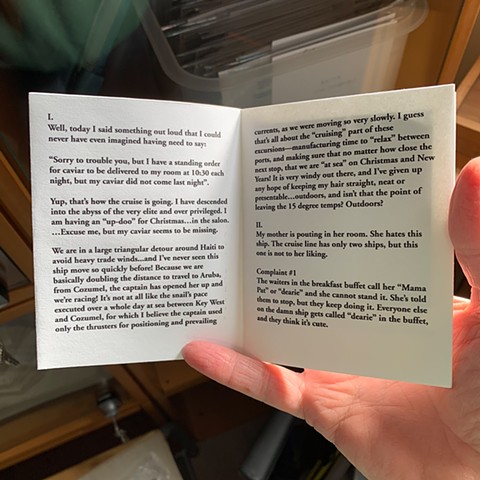 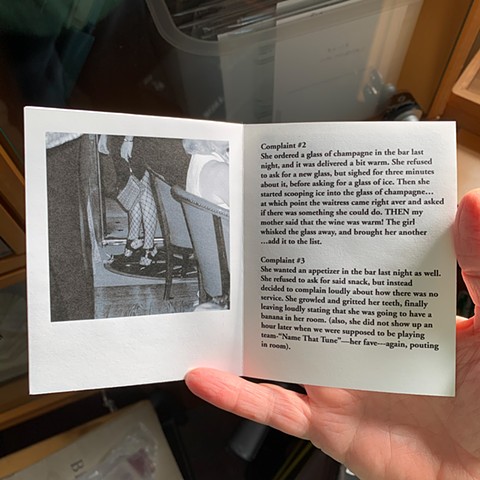 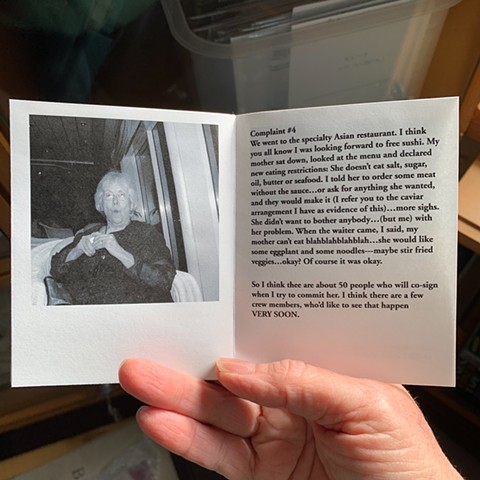 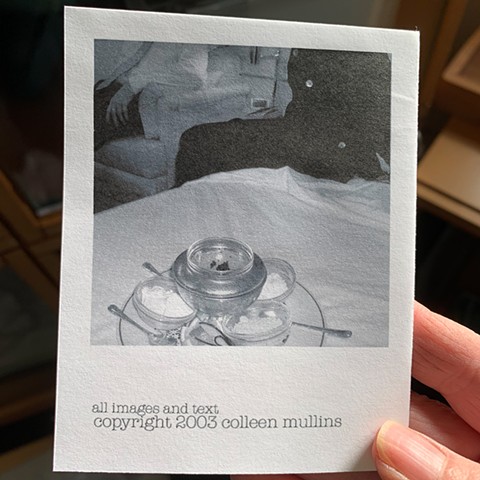 Floating World is a zine produced in limited quantity in 2003, pairing my photographs with diaries written while traveling with my mother on a six-star cruise ship.

Pictures of the Floating World is a project I executed between 2000-2006, documenting the rarified world on six-star luxury cruises. It takes on new meaning in the wake of how cruises were marked as the most successful super-spreader events of the pandemic. What is the future of recreational congregate travel such as this? And most importantly, what is the appeal that is filling cruise ships today, to spite the fact we just crossed 500,000 deaths in the United States? These pictures take on a new life to me as I review the role of touch in a place that, from Norovirus to SARS-CoV-2, has proven to provide plenty of peril—albeit with very padded walls on which to land.